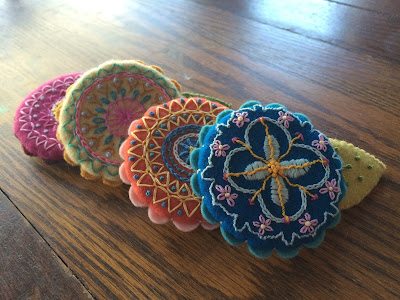 I did a lot of sewing for Christmas last year.  One of my favorite projects was a collection of brooches I made for most of the women and girls in my family. 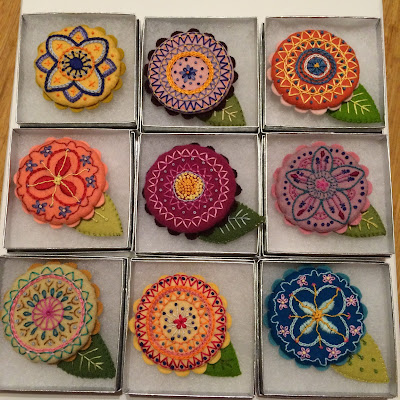 I used the book Modern Folk Embroidery and made my first couple using Nicholson's embroidery designs, and then I started playing and made up some of my own designs.  I had a great time doing it and I really like how they turn out.  I even "borrowed" one to wear to my husband's holiday work party. 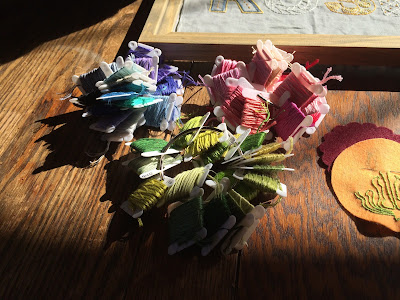 When I was considering the project and talking it over with my mom, I thought that while cute, they might not be ideal for children.  She mentioned that it would be really great for them to have a pretty pin to wear on their coats.  I thought that was a good idea.  I live in Southern California where the weather is almost always warm, but many of my nieces live in Wisconsin and they spend several months of the year wearing thick winter coats when they are outside.  Now they have a sweet little accessory to wear.  I even made a really small one, straight from the book, for my littlest neice, Vivian. 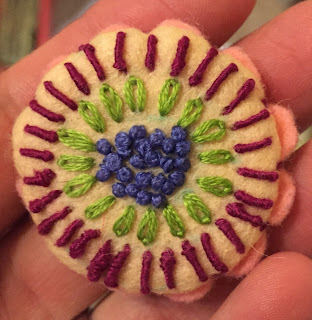 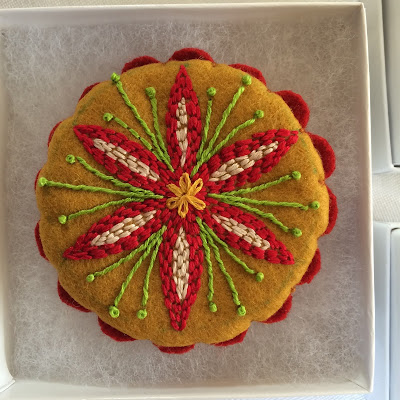 Linking up with Crazy Mom Quilts.
Posted by peekamoose mountain quilts at 8:46 AM 2 comments:

Last weekend my family joined millions of people around the country (and the world) to voice a growing concern for the alt right's agenda that seems intent on steamrolling the rights and wellbeing of so many people and our planet.  I am proud to be among these people and hope that we can maintain enough momentum and action to bring about true change.  My kids all carried signs for the march and we found several signs that we liked and wanted to remember (and maybe use at future rallies). 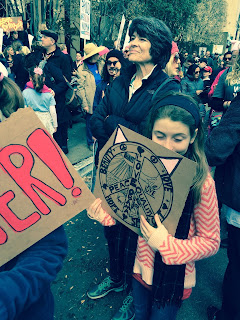 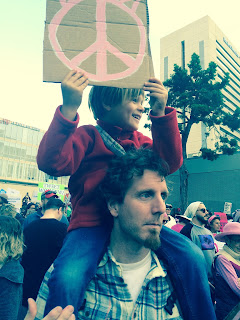 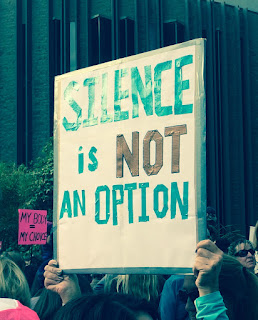 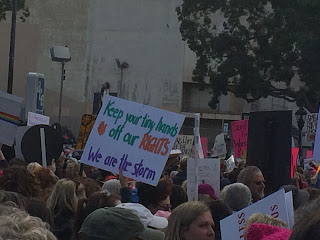 I've been pretty upset about our political reality since the election, but last weekend was particularly bad.  When I returned home from the march I felt a need to work with my hands so I started working on a few political brooches.  My girls each wore one to school and really connected with other kids and even some teachers over the marches.  One girl even asked if she could have one (which she will get!).  I also ordered some pink yarn to start making pussyhats.  One of my daughters wore one during the march, but my other daughter voiced an interest in having one as well. 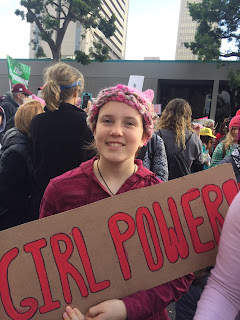 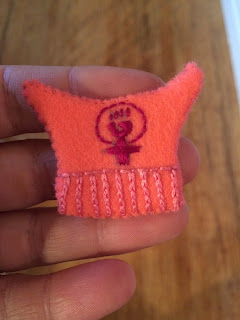 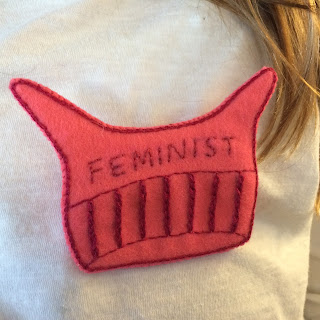 With Trump acting more like a dictator than a president, working quickly in an attempt to eliminate essential democratic institutions, like the free press, it is important for masses of people to continue to act politically to resist his agenda.  Voting and marching are not enough.  It is important to put pressure on local, state and national representatives to use their power to uphold democratic values and frustrate Trump's agenda and to donate what we can to free media (such as NPR) to ensure that accurate information continues to be available to everyone.


Posted by peekamoose mountain quilts at 8:14 AM 2 comments: My niece Scarlet’s favorite color is red.  And she’s kind of interested in letters.
So for Christmas, I made her some felt letters, using a tutorial from Purl Bee.

This was a fun project, and my  kids really had a good time playing with them before we wrapped them up… 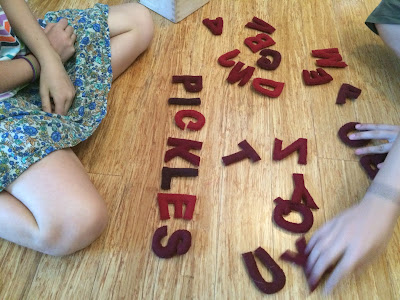 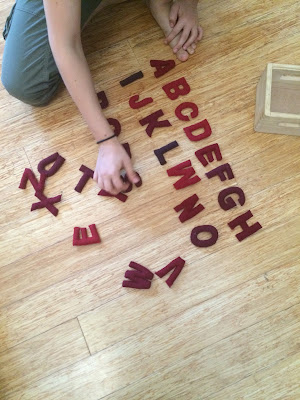 I think I could have added a few extra vowels and a few extra useful consonants (T, S, M, R), the ones that get a lot of action.  And I may still do that, but I didn’t have enough time before Christmas.

Linking up with Crazy Mom Quilts. 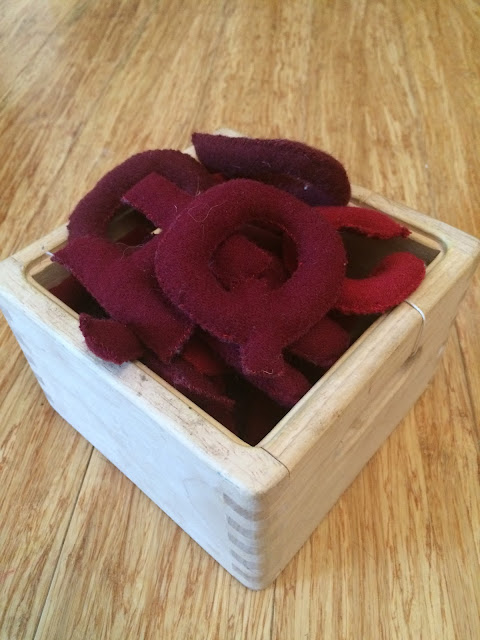