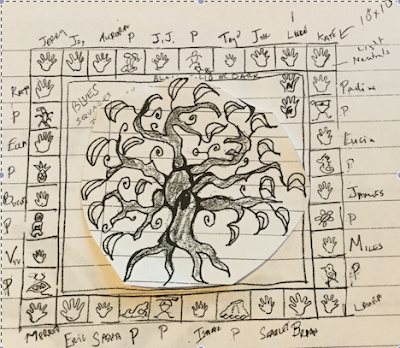 I am working on a new long term project.  This is for my parents as an anniversary - thank you gift.  They will celebrate their 51st wedding anniversary this autumn and they took our entire extended family to Hawaii this June.  While we were there I collected everyone's handprints and asked my husband to make sketches of some of the experiences we want to remember.  We turned them into images that resemble the petroglyphs that can be found on the island. 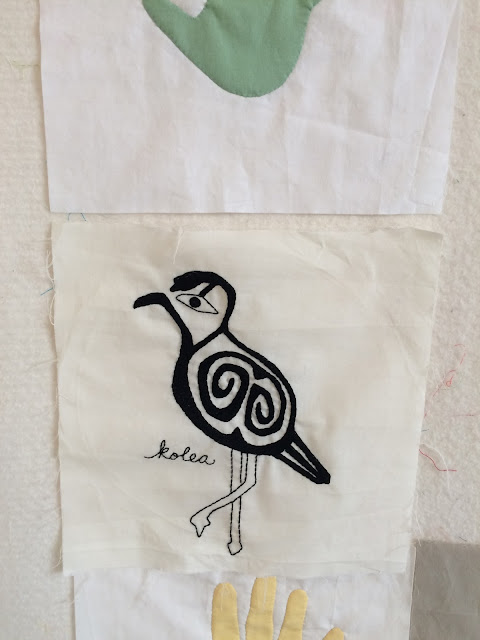 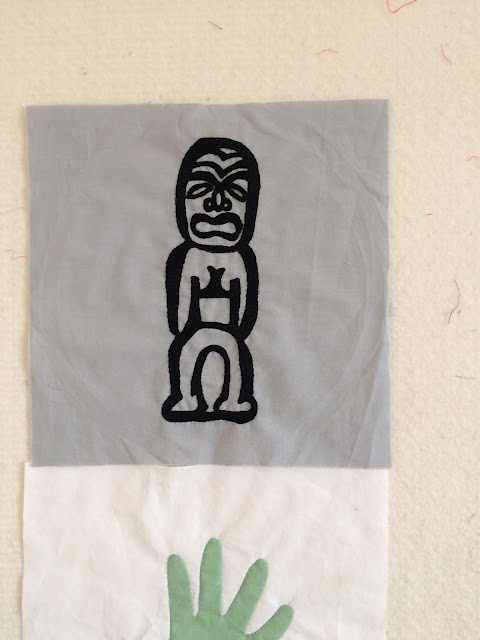 Now that we're home, I've ordered some fabric and begun the process of appliquéing hand prints onto some fabric using a technique that I love, I think it's called back basting, and embroidering the "petroglyphs".  I'm asking some family members to help with the embroidery, especially capable grandchildren.  I'm working on the outer border first because I think it will be at least half, if not more, of the work of assembling the quillt top.  I have five more hands to appliqué for the border and lots more embroidery, but here's what is happening so far. 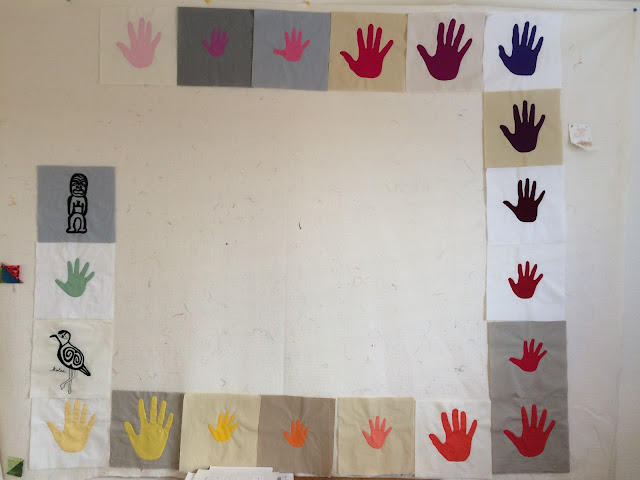 This isn't related to quiltmaking, but I'm also re-reading Michner's book Hawaii.  I read it many years ago as a very young teenager and remember it fondly.  I zipped through it back then, but now I'm struggling.  I think its because I know how it ends.  He's good, and really makes you care about his characters, and I just don't want to go where I know the story will take me. 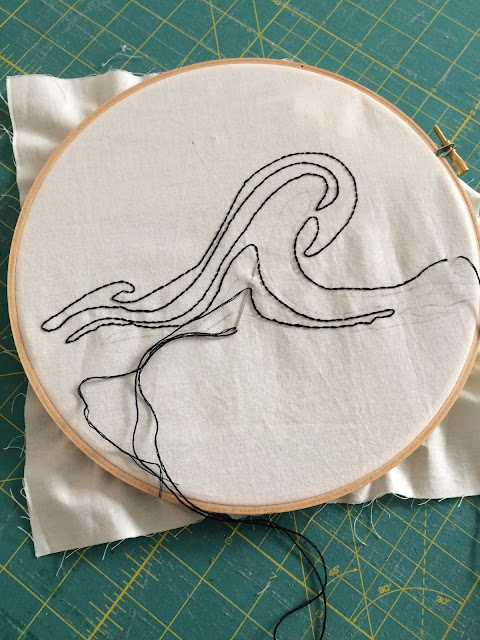 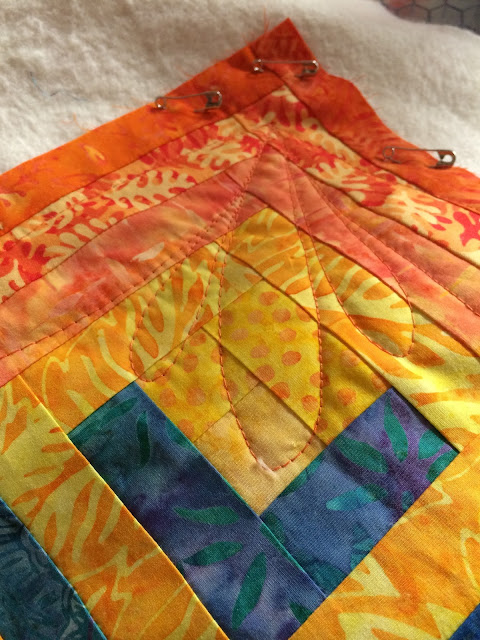 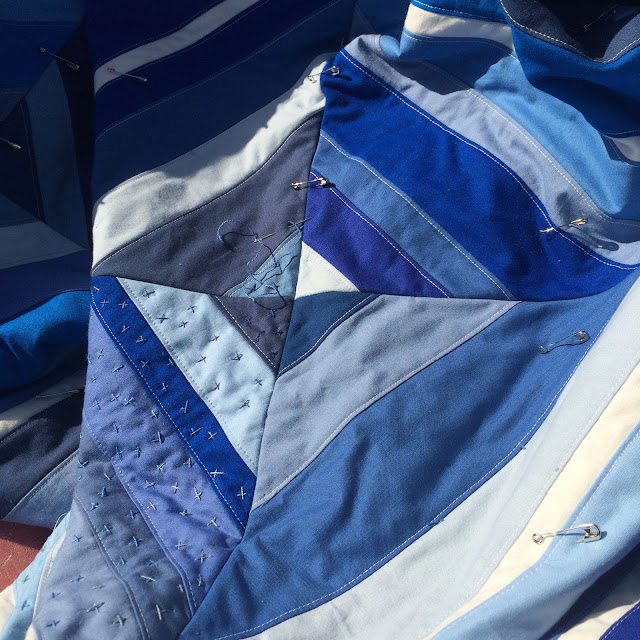 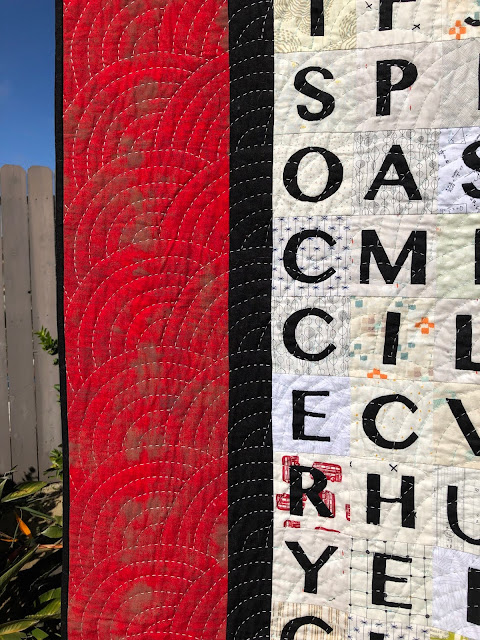